Long-Distance Crossing of the Ardèche by MTB: 315km of pedal-powered pleasure!

The Long-Distance Crossing of the Ardèche by MTB links Annonay in the north to Bourg-Saint-Andéol in the south, covering more than 315km. Fans of the great outdoors can explore the mountains of Mont Mézenc and Mont Gerbier de Jonc, the woodlands of the Bois de Païolive and, finally, the gorges of the River Ardèche.

The route is designed to allow all levels of MTB riders to enjoy the best of the Ardèche. It mostly follows long-distance footpaths (GR4 and GR7) and can be split into three stages if you prefer: Annonay-Devesset-Les Estables (100km) / Les Estables – Borne – Les Vans (125km) / Les Vans – Vallon-Pont-d’Arc-Bourg – Saint-Andéol (85km). N.B.: There is also a second start point in Saint-Félicien. From here, riders head through Devesset to Saint-Agrève, adding a further 50km to their route.

HARDCORE MOUNTAIN BIKER? Take on the Long-Distance Crossing (5-7 days/315km)
If you’re up for a more demanding physical challenge, why not head off from Saint-Félicien, the cycling capital of the Ardèche? This detour, which adds an extra 50km of riding in the Ardèche before latching back onto the main route down by the lake in Devesset, features ascents, descents, superb panoramas and seat-of-your-pants single track. 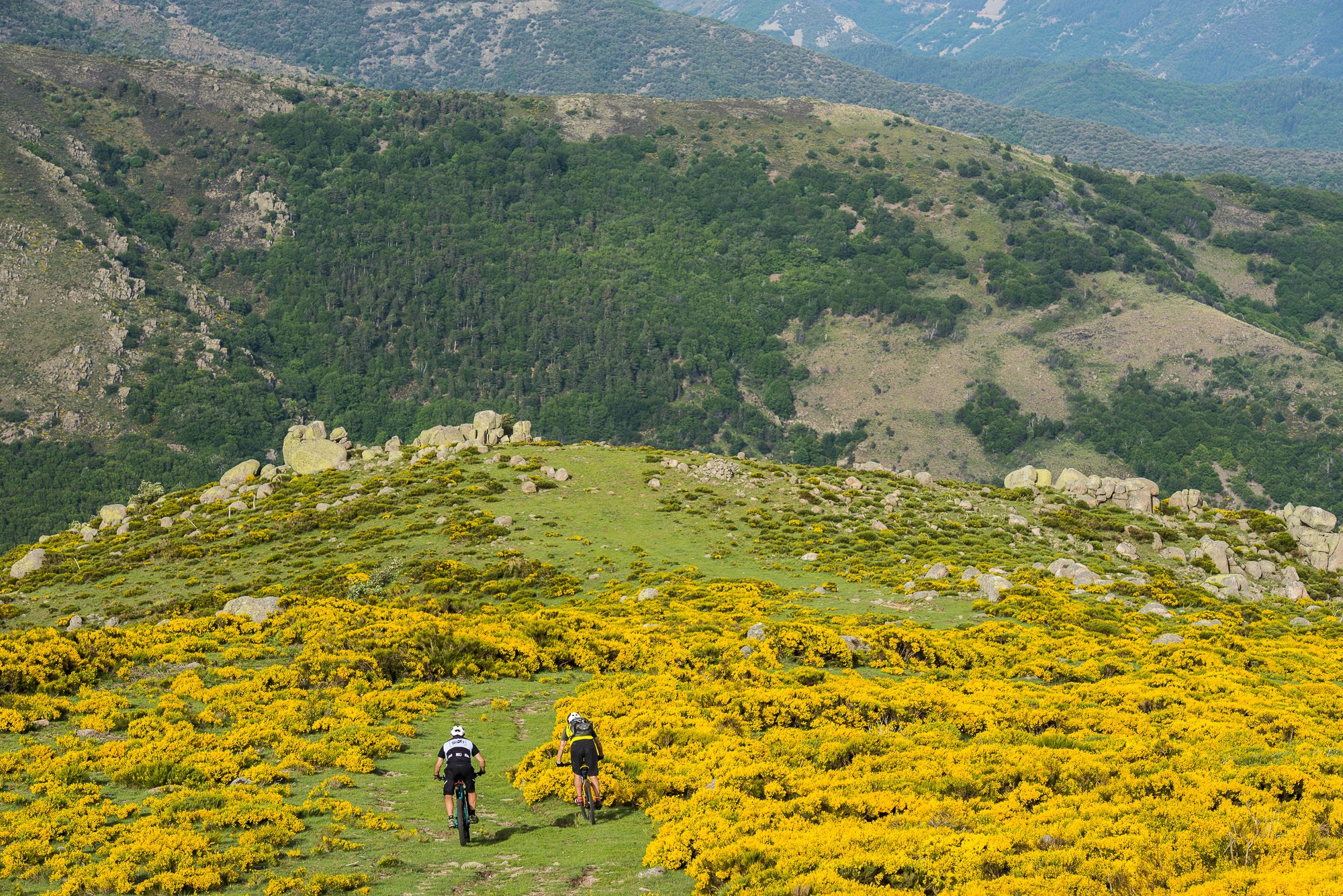